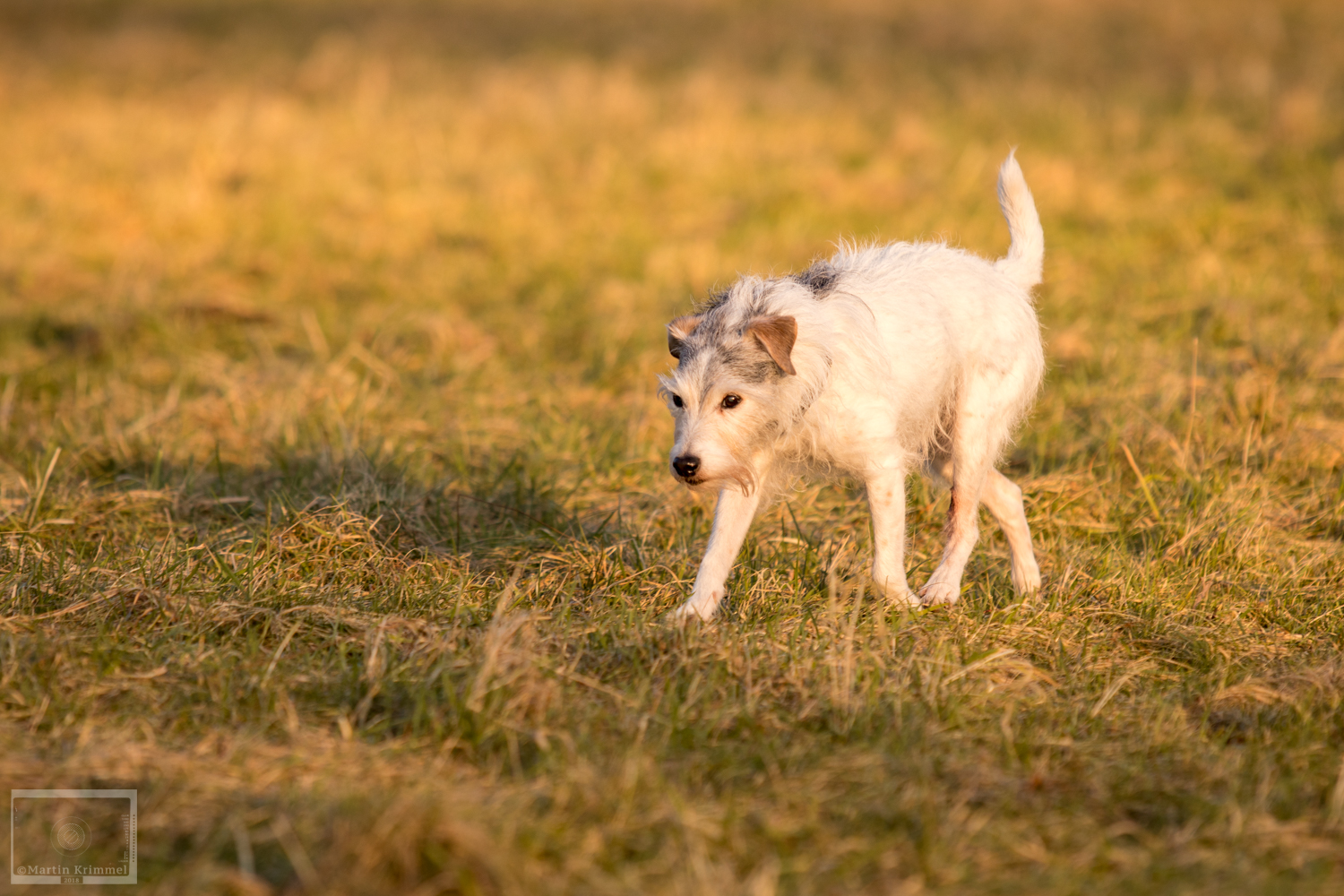 These days I got my „new“ second-hand dream lens, the Canon 70-200mm f2.8. Although not the latest model with image stabilizer, this should work well with my Canon EOS 80D.

The focus is right where it is supposed to be. Nice, for a first impression… but I had to return to my desk as my employer unfortunately demanded some value for his money.

Then, later in the afternoon, I ventured some shots outdoors in golden sunlight.

The light and the relatively slow movement of the 16 year old senior canine promised perfect shots. I enabled the center field of AF sensors and hoped for perfect focus tracking.

However, the images, when enlarged showed a slight back focus, i.e. the shoulder rather than the eyes came out sharp.

For a large number of shots, this meant that the images were discarded immediately.

So I guess, the lens and I will have to get used to each other a bit more…

I will probably return to the center AF sensor, disregarding the 44 other cross sensors of my cam.

Additionally, I may have to reduce the aperture a bit not sticking to the fully opened f2.8 too much.

Third, I will experiment with the different AF modes of the lens. I had switched it to the range 1.5m – ∞ and will have to try 3m – ∞ now.

Moreover, I could still try out some slightly higher ISO settings allowing for even shorter shutter times.

Maybe this will do the trick.

The next days will tell me what the lens and I can accomplish shooting colorful indoor events, as it is carnival in my hometown.

After all, the photo community says that it is a dream lens… and I intend to make this dream come true for me and my cam as well.

Meanwhile, with a bit more practice, I seem to be getting the knack of it…

This birdy wasn’t moving so fast but it was pictured freehand through glass. The images are 100% crops and show the crisp sharpness and the nice bokeh I was expecting of this lens.